The speakers tried to shed light on the widespread perception that France and Nigeria were adversarial rivals in West Africa, thereby highlighting France’s unfriendliness towards Nigeria. Nigerians were taught in their History classes that France remained an important obstacle to the country’s regional ambition and an enduring threat to national security. Bilateral relations between France and Nigeria were characterised by mutual distrust and adversarial rivalry. The traditional search for France to retain control over the affairs of its former colonies was threatened by Nigeria’s size.
The first friction occurred in January 1961 when Nigeria broke relations with France in strong protest against France’s third atomic test in the Sahara Desert. Franco-Nigerian relations reached its worst level with France’s support of the rebellion during the Nigeria’s civil war in 1968-9. For Nigeria, France was not only a geopolitical rival, but a threat to national security.
So, Nigeria initiated the ECOWAS in other to create economic interdependence in the region. But France would never allow Nigeria to break its hegemony; therefore they created another economic community of French-speaking countries within ECOWAS using the CFA as common currency. Furthermore, France would frustrate all Nigeria’s efforts in regional activities, such as ECOMOG peace-keeping forces in Liberia and Sierra Leone, and the AU peacekeeping mission in Chad. Nigerians equally suspected France’s support of Cameroonians forces in their incursions and finally take-over of the Bakassi Peninsula.
However, nowadays, both countries have realised and slowly accepted that their roles in West Africa are “complementary rather than competitive”. The military cooperation made France to stand between Nigeria and the Libyan chaos, by positioning troops in the Sahel. France’s intervention in the Central African Republic prevented a disintegration of the country, which could have benefitted Boko Haram. Nowadays, France actively encourages Nigeria to step up as a regional leader to manage crises even in Francophone West Africa. The 2010 election crisis in Cote d’Ivoire was jointly tackled by coordinated efforts between both countries on behalf of the United Nations. France is supporting the AU and the Nigerian-led ECOWAS in the Mali crisis.
More recently, France summoned a security meeting in 2014 that led to the foundation of the anti-Boko Haram regional coalition. But above all, France’s economic interest in Nigeria, which dwarfs all its investment in West Africa, can only lead France and Nigeria to positive bilateral relations.
In conclusion, the strains between France and Nigeria in the past demonstrate that France chooses its friends or foes according to its national interest, which underlines its foreign policy formulations. Nigeria is thereby encouraged to borrow a leaf by understanding and establishing its own interests so as to formulate strong national and foreign policies. The current state of relations between France and Nigeria is neither absolute friendship nor adversity, but the necessity of a mutual cooperation between both countries.

Report by A. Souleymane 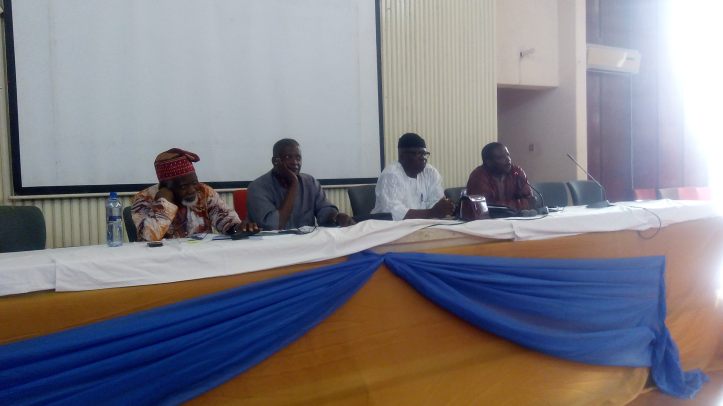